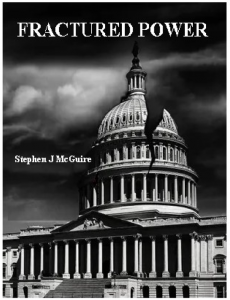 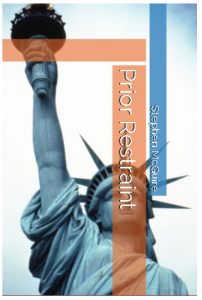 Join us for breakfast Friday, January 7th, as we welcome Stephen McGuire, who is a noted author, former federal judge of the Federal Trade Commission. Two of his books are “Prior Restraint” and “Fractured Power.”

McGuire will be holding a lively discussion on current events, and other abuses taking place in the Federal Government.

Steve McGuire had a 30+ year legal career serving as an attorney and a federal judge in Washington, DC. Steve retired in 2008 as the Chief Judge of the Federal Trade Commission, where he received its Distinguished Service Award and was honored by President George W. Bush for his service to the nation’s judiciary. Prior to FTC, he was an Administrative Law Judge at the Social Security Administration and the Environmental Protection Agency. He has two certifications from Harvard University, one from the John F. Kennedy School of Government, and the other from Harvard Law School. Subsequently, he became Vice President for Corporate Compliance at the University of Louisville Hospital.

He has traveled to over 65 foreign countries, including 10 communist countries. Among his more memorable trips were those to Cuba (where his letter about the culture and lifestyle of Havana was published by Cigar Aficionado magazine), Africa, India, Vietnam, and Japan. In July 2019, he taught English to high school students in the Fujian Province of China.
Steve has authored two political thrillers, “Prior Restraint” and “Fractured Power.” He has appeared at over 40 speaking engagements in 2021-2022 primarily in Southwest Florida at bookstores, book clubs, libraries, country clubs, civic associations, art centers, and radio shows. Steve has been interviewed on the following radio shows: Beach Talk Radio, Fort Myers, FL; The Mike Boyle Show, Denver, CO; WNAV, Annapolis, Maryland; The Bob Harden Show, Naples, Florida; and Lars Larson, nationally syndicated. Steve is a member of the Gulf Coast Writers Association Inc. and Friends of the Library of Collier County. He is a native of Louisville, Kentucky. He lives in Naples, Florida, with his wife, Doris, their golden retriever, Henry and a mini goldendoodle, Alfie.