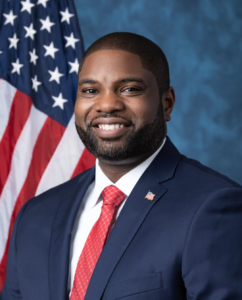 For most of last week, the House of Representatives stood in recess with Speaker Pelosi calling back members for just one day to pass legislation raising the debt ceiling.

The reckless spending passed by Democrat leadership is further bankrupting our children, increasing inflation to record highs, and burdening the American people. The supply chain crisis we are seeing is seeping into all aspects of our economy and hurting the livelihoods of all Americans. Look no further to companies like Waffle House who announced a new company policy to offer a limited menu in the wake of skyrocketing inflation and continued hiring issues.

The Biden administration’s encouragement of permanent government handouts is causing a widespread worker shortage and an unmotivated workforce. Yet, despite crisis after crisis created by this President, he’s absent. Joe Biden has been missing at the border, absent following the Afghanistan crisis, and now his absence as POTUS has caused one of the worst supply chain crises this nation has ever experienced. Rather than encourage the American workforce to get back to work to grow our economy, this administration would instead pass socialist spending programs that increase the power and purview of the federal government, ultimately systemically transforming the United States of America. When Washington bureaucrats meddle with the economy, economic success falters rapidly, and any hope of keeping the American Dream alive diminishes.

As we approach the 2021 holiday season, our country is experiencing another massive blow to its wallets: inflation. Gas prices are up 42%, electricity more than 5%, used cars up nearly 25%, and other household essentials are increasing by the day. The holidays are already an economically stressful time for most American families; however, thanks to Joe Biden’s rising inflation and the supply chain shortage, families across the nation are going to feel the burden of Bidenomics this holiday season. Frankly, the American people can’t afford Joe Biden.

Continue reading below for an update on events throughout Southwest Florida, important legislation on Capitol Hill, and more!

This National Police Week, we honor and memorialize the brave officers whose courage and bravery embodies the very best of America. For committing each and every day to protect and serve our communities, we are a grateful nation. For their sacrifices, selflessness, and dedication to service – we honor all of those we have lost. These men and women are heroes and we must never forget their bravery, nor their valor.

The Cuban people need & deserve the full support of the United States in their relentless and righteous fight for liberation.

Last week, I introduced the DEMOCRACIA Act- this legislation will hold the communist Cuban regime accountable for its human rights violations.

I’m proud to join my Republican colleagues on the House Oversight and Reform Committee in demanding answers and accountability for the national security crisis Biden created. Read more on this letter below:

I was honored to receive the Job Creator’s Defender of Small Business Award last week. As a member of the House Small Business Committee, and a constitutional conservative, I’ll always defend our small businesses from mandates, bureaucratic red tape, and increased taxes.

Our country can’t survive the division the radical left is spewing in the form of Critical Race Theory. Children should be free to learn our entire history without leftist bias.

We need to empower our children to lead our nation, not divide our country.

More of my thoughts on Fox News’ ‘Ingraham Angle’:

Read my newest Op-Ed on the brave Cuban people fighting the evils of communism, featured exclusively in the Fort Myers News-Press:

Rep. Byron Donalds: In a Nation Deprived and Starved of Optimism, There is Hope

Watch the interview below:

Watch the full interview below:

Serving the hardworking men and women of Florida’s 19th Congressional District is my distinct honor and privilege. It’s time Washington works for our community’s values, and every day I will always strive to ensure your government is working for you.