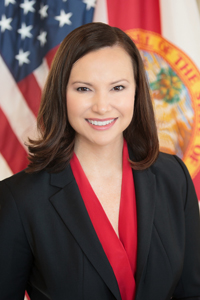 Florida’s Republican Attorney General Ashley Moody announced this week that she is suing the Biden administration over its “egregious” immigration policies that go directly against federal law and endanger American citizens.

Attorney General Moody spoke with Brian Kilmeade on “Fox & Friends,” telling him that she plans on holding the administration accountable for “thumbing its nose” at its responsibilities regarding deportations and handling of illegal immigrants.

Mimicking a common Joe Biden phrase, she said “Come on man, do your job.”