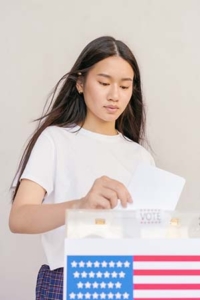 Note – Be sure to check with the Supervisor of elections to make sure your information is correct so you will get your absentee ballot. Your vote-by-mail ballot cannot be forwarded.

Things to Do Right Now

Here are a few things you should do right now:

Request a vote-by-mail (VBM) ballot if you will not be in town to vote in person or prefer the convenience of voting from home. You can do it online by answering a few questions and then printing out, signing, and mailing in a form. Or you can request a paper form to fill out from the Supervisor of Elections office by calling (239) 252-8683 or by emailing SupervisorofElections@colliergov.net.

What will be on the ballot?

In addition, there will be certain judicial offices on the ballot. Unlike the above positions, the qualifying period for the offices of state attorney, public defender, justices of the Supreme Court, and judges ended on April 29. So we already know which of them will be on the ballot.

Specifically, five incumbent State Supreme Court Justices and eight Second District Court of Appeals judges will be on the ballot for merit retention votes. One Collier County judgeship will also be on the ballot.

During the Primary Election, electors will vote for state and federal representatives within their party affiliations. If opposed within their own parties, the Governor, State Cabinet Members, United States Senators, Representatives in Congress, State Representatives, State Senators and County Commissioners will be on the ballot.

The winning candidates of the Primary Election, who see opposition from another party, will then move on to the General Election in November.

Voters may also see non-partisan races including judicial candidates and candidates for school board depending on their jurisdiction.

FLORIDA IS A CLOSED PRIMARY STATE

To make changes to their party affiliation, voters must notify the Supervisor of Elections office by completing and signing a new voter registration application form or other signed written notice that contains your date of birth or voter registration number. You cannot change your party at the polling place. To be eligible for a Primary Election, a party change must be made at least 29 days before the Primary Election as addressed in Florida Statute 97.1031.

Update on Republicans and DeSantis Campaign